Substance dependency is a reality for many people, regardless of demographic. Yet men face distinct struggles regarding drug and alcohol abuse that often go overlooked. Men have an elevated risk of addiction due to cultural standards or expectations. These are all factors that can contribute substantially to the unfavorable physical and emotional consequences related to substance use for them.

At a very early age, many men are taught to disregard or ignore their emotions and instead told to “act tough” when facing challenges with mental health. As an unintended consequence of this conditioning, some turn towards drugs or alcohol as a means of coping, which all too often leads to addiction if not addressed head-on.

Men are more likely to suffer from mental health issues related to substance abuse, making it harder for them to receive effective addiction treatment and even identify a potential problem in the first place. This makes the treatment journey all the more complicated.

What Is Mental Health Stigma?

In an ideal world, addressing mental illness and mental health treatment  should receive the same level of consideration as any physical illness. Unfortunately, due to stigma, men are often discouraged from discussing their struggles or seeking help. Several types of mental health stigma exisst that contribute to this problem, including social stigma, self-stigma, professional stigma, and cultural stigma. As a result, many men suffer in silence instead of getting the support they need from loved ones and professionals.

Social stigma is the overarching and, unfortunately, quite common negative opinion of those with mental illnesses like depression. An example of this would be assuming that someone with depression lacks strength or determines an individual’s character based on their diagnosis. This external form of discrimination leads to punitive judgments such as rejection and avoidance, which further impedes one’s ability to receive meaningful care and support when one needs it most.

Self-stigma or perceived stigma is when someone internalizes negative views and opinions about mental illness, which leads to feelings of judgment and guilt. This type of stigmatization can be very damaging to an individual’s well-being as it reinforces these misguided beliefs about themselves.

The damaging practice of professional stigma is when healthcare workers actively spread bias toward their patients due to fear or lack of knowledge about mental illness. This negative attitude can cause prejudice and humiliation for both the patient and doctor alike, as this type of discrimination often transpires from outside sources in society. Ultimately, an unfortunate consequence is that those devoted to helping individuals living with mental health issues are themselves seen with suspicion by members of the public.

Cultural stigma can have an intense impact on how someone’s culture perceives mental health issues. Cultural values and norms shape their views and how they interpret psychological illnesses, influencing the decision to seek assistance as well as what type of aid people find appropriate. Additionally, cultural stigma determines one’s coping style and who or where they receive emotional support from.

One of the most important roadblocks to male mental health treatment is rooted in the masculine norms indoctrinated into American culture and society. These are cultural regulations that determine how men are meant to behave. Dictating phrases like “man up,” “toughen up,” or “men don’t cry” ultimately discourage individuals from sharing their emotions.

Maintaining these expectations of masculine behavior can be detrimental to men’s mental health outcomes since it discourages seeking professional help, deeming such an action to be a sign of weakness or femininity, as though the two were inseparable entities. While it may seem insignificant on the surface, this belief system can have a profound impact on men’s perception of themselves and subsequently hinder them from seeking help when they need it most.

On top of that, men are less likely than women to seek out mental health services due to self-stigma and hesitance or unwillingness to talk about their emotions. In the United States as well as many other societies, it is not usually encouraged for men to discuss their inner thoughts or difficulties. If anything, this kind of conversation may even be discouraged in those cultures.

Conversely, the majority of women have been instructed in how and when to convey their feelings, while most men are excluded from such dialogues. This lack of emotional acceptance is particularly detrimental to male mental health as it leaves many out in the cold, unable to articulate their hardships or even recognize them within themselves.

Contrary to popular belief, peer pressure is not only a problem among the younger generations. Adults face similar social pressures that could potentially drive them towards using drugs or alcohol. Whether it’s friends, family members, colleagues, or even role models in the media. All of these individuals can have an immense influence on someone’s views and the choices they make in life.

Society may attempt to pressure men into drinking or using drugs, whether it be through the suggestion of coworkers that “everyone is coming” for a drink after work or media projects attempting to prove masculinity through substance abuse. These influences can have grave repercussions, causing many males to fall victim and become addicted.

From an early age, some boys are taught to bear the weight of manhood in a stoic manner, too often told that being vulnerable and expressing emotions is not allowed. Substance abuse becomes a way for them to cope with feeling inadequate or painfully shy without having to confront their thoughts head-on. They may also use drugs or alcohol as social crutches when faced with unfamiliar situations where they feel uncomfortable. Sadly, drug and alcohol misuse can cause life-long health issues for men at higher rates than women.

Dual diagnosis, or co-occurring disorder, is a condition in which an individual has one or more mental health issues combined with a substance use disorder (SUD). Those dealing with mental illnesses often turn to substances as self-medication – and the abuse of these elements can lead to brand new symptoms associated with their existing psychological difficulties. This type of diagnosis may affect anyone regardless of demographic. However, men tend to be more susceptible to certain substance misuse disorders.

According to the National Institute on Drug Abuse, men are statistically more likely than women to use illicit or illegal drugs. Shockingly, one in five males can develop Alcohol Use Disorders (AUDs) at some point during their lifetimes. As if this wasn’t alarming enough, research suggests that since men are less inclined than women to seek treatment for health issues and substance abuse-related concerns, co-occurring disorders among them could possibly be underestimated. 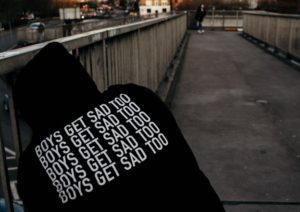 The Future of Mental Health Stigma

Despite the perceived mental health stigma, norms, and risk factors that cause men to struggle with their mental health and deter them from seeking help, more and more are opening up about it. Famous athletes, as well as celebrities, have come forward to share their stories of anxiety or depression in order to break down existing barriers, which enables other individuals to do the same. By speaking out on personal experiences surrounding mental illness treatment options, we can directly challenge these stigmas, thus making room for a better future.

Ultimately, it is crucial for individuals to get the assistance and care they need for their mental well-being. Taking that first step by requesting help can be intimidating; fortunately, there are resources available.

For a long time, many men have resorted to drug abuse and alcohol due to social pressure and stigma. This behavior can be detrimental to their mental and physical health. Thankfully, this stigma has been challenged more openly in recent years, making it easier for men seeking help without worrying about being viewed as “weak” or “less of a man.”

Addiction is a widespread disease affecting not only the person using it but also everyone around them. Don’t allow addiction to ruin your health or the well-being of those closest to you. Don’t hesitate to reach out and connect with a treatment provider today.